Cart
0 items
No products found...
Wish List
items
You need to be logged in to use this feature...

Login
Log in if you have an account
Register
Having an account with us will allow you to check out faster in the future, store multiple addresses, view and track your orders in your account, and more.
Create an account
Same Day Delivery for the Greater Vancouver Area - 7 Days a Week - Free for Orders over $99 (more info)
Free Canada-Wide Shipping For Orders Over $99 (more info)
Redeem your points! Learn about our Loyalty Rewards program
Share
Share this product
Add your review
Review Golden Monkey Extracts Budder - Rock Star
Home Golden Monkey Extracts Budder - Rock Star 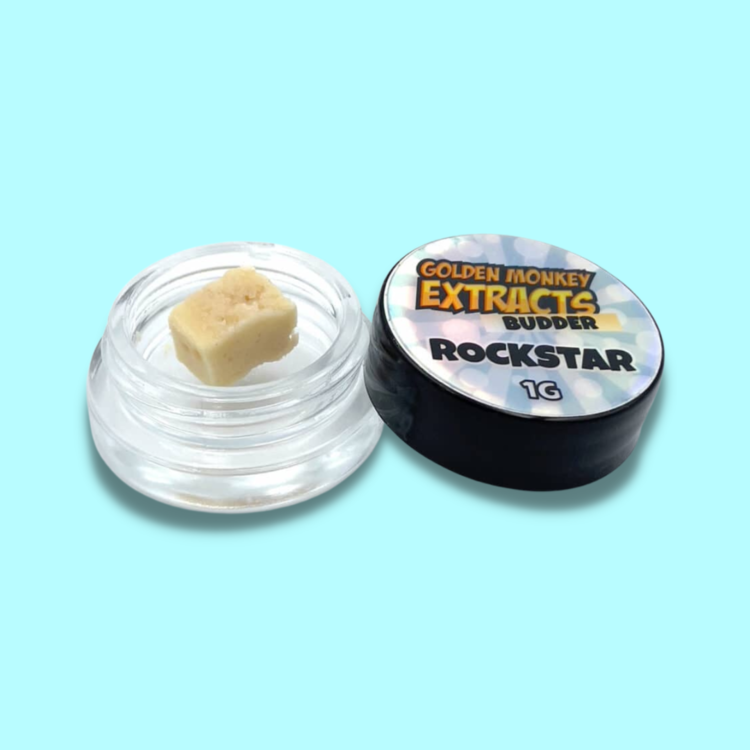 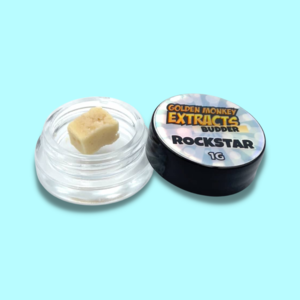 0 reviews - add your review
C$35.00
in stock
Rock Star Budder by Golden Monkey. Budder is a potent THC concentrate that can be consumed by dabbing. 1g.

Please check the related products below for other strains.
Description

Golden Monkey Extracts (GME) budder is made by extracting cannabinoids and other molecules from fresh and frozen cannabis matter. GME’s budder extraction process minimizes the loss of terpenes, leaving an extremely flavourful concentrate to dab. This butter-like product is a popular choice among consumers and is known for its highly potent properties.

Budder is typically made by dousing weed in butane, CO2 or another chemical solvent and purging it out so only cannabis extract is left. In the middle between oil and shatter, Budder is a THC concentrate that is almost creamy in consistency. It can be smoked on a dab rig. It can have a honeycomb texture, and will break off in solid pieces.

Rockstar is an indica marijuana strain made by crossing Rockbud and Sensi Star. This strain produces powerful mind and body effects that are euphoric and sedating. Rockstar smells like sweet grapes with undertones of spice.

Sold by the gram.